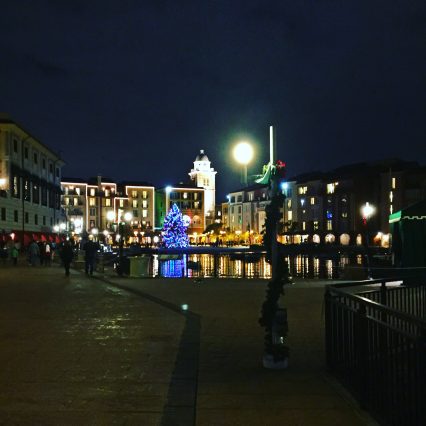 Who is The Cure Bowl

The Cure Bowl is more than a game. Played on the third Saturday in December each year at Exploria Stadium in Orlando, this NCAA college football bowl game is televised nationally on ESPN.

This bowl game has helped to put Orlando at the center of some of the world’s greatest advancements in cancer science. Since 2015, the bowl has raised a collective $3.6 million. Almost $1 million of the funds raised have gone to Dr. Annette Khaled, professor at the UCF College of Medicine’s Burnett School of Biomedical Sciences and head of the medical school’s cancer research division.

In Fall 2007, college football in Orlando experienced a surge of support thanks to the completion of a new, on-campus stadium at the University of Central Florida.

The community enthusiasm inspired a group of Orlando leaders and philanthropists — many of who were UCF alums — to bring a new college bowl game to Orlando and to make it unique by directly tying it to a charitable cause. Among those initial supporters were the founding Board of Director members and Advisory Board members: Dave Almstead, Megan Dowdy, Alan Fidelo, Mike Foristall, Alan Gooch, Joe Hornstein, Jeff Lagos, George Lamelza, Joe Mckinney, Mack Mclaughlin, Alan Morrison, and Scott Rose.

That goal became a reality in December 2015 with the inaugural AutoNation Cure Bowl kicking off between Georgia State and San Jose State. The game featured a bounty of big plays on special teams, which was only appropriate on a night dedicated to raising money for a special cause.

During the game, a spotlight was shined on the fight against breast cancer with survivors of the disease and family members included in pregame and halftime ceremonies.

In addition, AutoNation CEO Mike Jackson and his wife Alice, who is a breast cancer survivor, presented a check for $1 million to the Breast Cancer Research Foundation (BCRF). The Orlando Sports Foundation, led by executive director Alan Gooch and president Megan Dowdy, also presented a check to Myra Bibblowit, CEO of the BCRF and Dr. Annette Khaled of the UCF College of Medicine, for $150,000, which was the largest single donation ever made by a bowl game to a charitable cause.

Following the fourth installment of the AutoNation Cure Bowl in 2017, Orlando Sports Foundation and AutoNation have teamed up to provide donations totaling $3.7 million. BCRF has also awarded local researcher, Dr. Khaled, over $1.1 million in funding grants.

Unfortunately, Laura Goldstein will not be able to experience the bowl game that she helped inspire. She lost her long and hard-fought battle with breast cancer on April 20, 2011. Another devastating loss hit close to home when on March 24, 2015, OSF Board CFO Sandi Breitenstein passed away from stage IV liver cancer. Laura, Sandi, and others who will lose their battle against cancer today, tomorrow, and the days to come to continue to motivate OSF to make the AutoNation Cure Bowl a success.

The Orlando Sports Foundation enlisted the help of our team to build a new ‘brand’ around a third bowl game in Orlando. This included digital marketing, social media, SEO, branding, technical infrastructure, and a website that integrated everything from ticketing, to volunteer portals, to sponsorship systems. The team at Incend Media along with our partners at Knight Agency coined the name Cure Bowl in 2009 and registered the brand domains, and launched the first iteration to raise awareness of the opportunity for a third bowl game. In 2014 Incend Media donated the domain names to the Orlando Sports Foundation as they were in the stages of final approval from the NCAA to launch the bowl in 2015. Each year since the inception of the Cure Bowl,  Incend Media team participates, sponsors, and volunteers at the bowl game events to raise awareness and funds for cancer research. Not sure what you need to grow your business? Contact us today!

Have a question, Not sure where to start?

Get a FREE One-on-One Consultation

SEND A MESSAGE
Go to Top